What is hard water?

Overall, the UK is classified as having very hard water. Over 60% of us live in hard water areas , but what exactly is it?

In brief, hard water is defined as having a high mineral content. Below, you can find out more about what causes hard water, the unseen effects it has on your home and how Scaleguard can help.

Hard water occurs in areas of the UK where the bedrock is made of sedimentary rocks like limestone, chalk, flint and sandstone, which formed over the last 65-250 million years. The South East of the UK is mainly made up of chalk and limestone regions and as a result, has the hardest water. 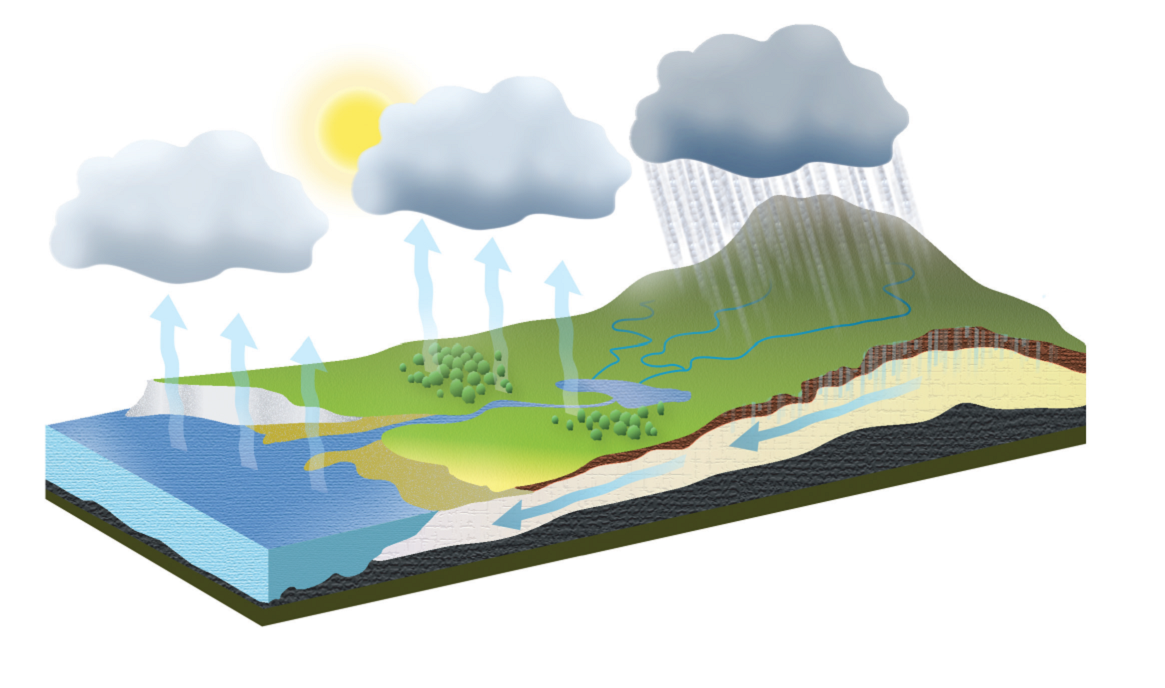 Sedimentary rock tends to be more porous than, for example, metamorphic rock, which has been compressed under pressure over a very long time, reducing the available space between particles through which water can run.

Rainfall collects Magnesium and Calcium as it percolates through sedimentary rock

Water is a solvent, meaning it can dissolve chemical compounds. When rain falls onto sedimentary rock, it percolates through the ground slowly, dissolving small amounts of chemical compounds that it takes with it.

These chemical compounds are mostly Calcium and Magnesium, although others, like Iron, can be dissolved too. As the water, which now contains minerals, travels through the ground, it starts to gather in rivers, lakes and reservoirs. From there it passes into our water supply, eventually coming through our pipes at home to be used for drinking, cooking, washing and heating.

Water with high mineral content is known as hard water

Hard water is therefore water that has been through this process and contains higher levels of minerals at the end. Before this process begins, rainfall is initially what we describe as soft water, which contains low to no mineral content. 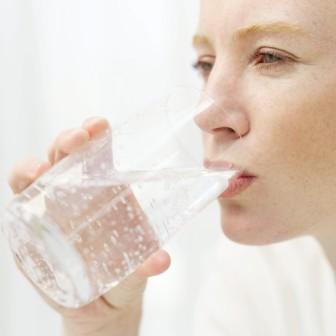 When rain goes through this process, but falls onto less porous rock such as granite, present in Scotland, Wales and Northern Ireland, the water remains soft as it has not been able to collect minerals from the ground, on its way into our water supply.

Whether you have hard water at home depends on the geology of the area from which your household water supply comes. Find out if you live in a hard water area.

How is water hardness measured?

Many areas of the UK have at least 200mg/l of calcium carbonate, meaning the water is classified as hard.

Water hardness can be measured usually as the equivalent amount of calcium carbonate in parts per million (mg/l). In the UK it is classified as shown below:

Hard water and your health

We know that minerals like Calcium and Magnesium are essential for maintaining your health, so getting some of your daily mineral intake from the water supply can be supplementary to the minerals you get from your diet.

Hard water is safe to drink

Hard water is safe to drink and minerals do not need to be removed from your water supply. In fact, bottled water companies often boast of the high mineral content of their water because of the associated health benefits.

When people opt to have a water softener fitted in their homes rather than Scaleguard, a separate tap for drinking water must be fitted, which gives access to water that has not been softened.

This is because softening water will cause the sodium content of the water to increase to a level that may not comply with regulations. It would not be suitable for some sectors of the population to drink softened water as a result of the increased sodium levels.

Find out the difference between water softeners and water conditioners.

The seen and unseen problems with hard water

The problem with hard water is that it causes limescale

Despite hard water being perfectly safe to drink, it can cause some costly problems in your home. Hard water, when left untreated, causes limescale to build up and it’s the limescale that damages your appliances and plumbing over time.

Limescale can cause expensive damage to your heating system and appliances

Limescale can be seen in many areas of the home. Below are the places you will be able to see limescale and the effects of hard water and more importantly, the unseen places where limescale builds up and causes expensive damage to your home.

The seen effects of hard water at home

The unseen effects of hard water at home

The solution to the hard water problem

As you’ll see from the lists above, the visible problems associated with hard water in your home, whilst annoying, are mainly cosmetic. Scaleguard will address some of these problems, but for others, you just need to know how to remove limescale effectively. We’ve provided some cleaning tips for you here .

The real problems caused by hard water are the unseen ones. Damage to your heating system, pipes and appliances, costs you money.

“A 1mm layer of limescale will cause a 7%
increase in energy input to the boiler to meet the same
heat demand” – The Carbon Trust.
This costs the average household an additional £150-£200 per year.
A new boiler costs, on average, £500-£1,500 plus the cost of labour.

Scaleguard is the solution to the unseen problems caused by hard water Scaleguard:

See more of the benefits of choosing Scaleguard

government estimates that 84% of our energy costs in households goes on heating, especially in a cooler climate like we have in the uk. Inhibits heat transfer to the water as limescale insulates the heat exchanger preventing heat going to the water. Could be as much as 1mm build up per year.

British Water calculate that every 1.6mm or 1/16” of scale in a heating system causes a 12% loss in heating efficiency.

Just 1/16 of an inch of scale around your boiler’s heating elements can raise your fuel costs by up to 15%.

Removing scale from your heating system can reduce the amount of energy used to heat your hot water. Tests carried out at a UK Government recognised laboratory confirmed that the steady state improvement was 5.6%. This means that a typical family of four spending £250 a year on heating hot water in the UK will save around £30 per year by using softened water.

Soft calcium causes cloudy residue
Hard calcium builds up as limescale and does the real damage. This is what scalewatcher works on.

particularly east of a line between the Severn and Tees estuaries

Water in London, for example, is mostly obtained from the River Thames and River Lea both of which derive significant proportion of their dry weather flow from springs in limestone and chalk aquifers

Similarly, tap water in Birmingham is also soft as it is sourced from the Elan Valley Reservoirs in Wales.

Rain water passes over solid rock, trace minerals dissolve like calcium and magnesium. Hard water has high mineral content. Depends on the geology of the

ground that the rain in your region falls on. Rain water is soft, chalk and limestone regions in SE England add Ca and Mg.

Water is a solvent, meaning it can dissolve a large number of chemical compounds.

Very hard water is classified as 300ppm (parts per million). Miligrams per litre of calcium carbonate

Water falls to the ground, travels over rocks, sinks into the ground, eventually reaching rivers and streams and ending up in our water supply.

Southern England on a bed of sedimentary rocks like limestone, chalk, flint and sandstone dating back to cretaceous, Jurassic and Triassic times. 65-250 million years old. Sedimentary rock is general more porous containing large and small rocks mixed together. Holds more water than other types of rock.

Elsewhere generally older, igneous and metamorphic rock with a more solid structure and less susceptible to water as a solvent.

Higher mineral content tends to have a chalkier taste perhaps with a metallic after taste.

When hard water is heated, Mg and Ca separate from the water and form a crust on surfaces in appliances and pipes known as limescale.

UK overall has very hard water. Many areas having 200mg of calcium carbonate per litre. 60% of uk households live in a hard water area.